They say that mining bread has seven crusts, but probably everyone who used to work as a truck driver will probably tell you the same about their profession. Long shifts, insomnia and high risk are common occurrences in the life of a professional truck driver.

Namely, in percentage terms, truck drivers are on the seventh place on the list of dangerous professions in the US.

High-risk jobs are usually compensated with high earnings. Many people decide to drive a truck primarily because of the good earnings. The earnings of truck drivers have always been a real mystery. You will hear stories from individuals that the season is bad and that they barely cover the costs, while others will tell you numbers you may feel dizzy. The coronavirus pandemic has hit the world economy and has not bypassed the transportation industry in the United States.

We had the opportunity to talk to several truck drivers, but also an owner of a Chicago company, and bring you their side of the story of real earnings in the transportation industry in the current circumstances. 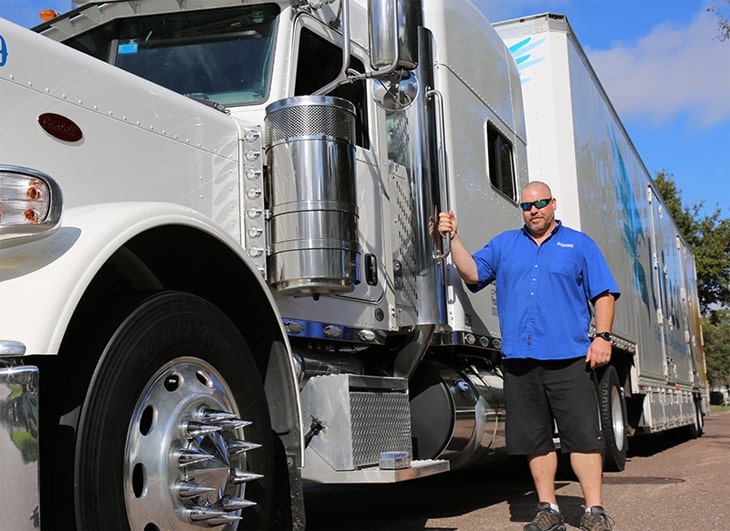 If you have your own truck and work as an owner operator, the earnings can be extremely high, but it depends on many factors. Juan has been driving his truck for several years. According to him, he earns well, but he notes that the costs of truck maintenance and various insurances are extremely high.

“The costs for the owner operators are high, the insurance for the truck is paid around $350 per month, the workers’ compensation is $200 and the logbook is $100. Then for renting a trailer and for cargo it costs about $500 a week, the cost of fuel on a weekly basis depends on the miles traveled but also on the truck you drive. Older trucks can go from 5 to 6 miles with one gallon, if it is newer trucks then it goes up to 7, 8 miles per gallon. Another important thing related to fuel consumption is that if you drive hard tours, then on a weekly basis for fuel you can spend $200-300 more than the average, which is not negligible. The cost of fuel is also affected by the locations where you drive, the price of fuel in Texas and the Midwest can often be twice lower than, say, California or the east coast of the United States. My fuel costs range from $1,200 to $1,600 a week depending on all of these factors. There are various refueling cards through which significant savings can be made.”

“I did not include breakdowns and repairs, as well as regular maintenance of the truck. Big breakdowns can cost several thousand dollars, so it can happen that you worked for free for a few weeks”, says Juan.

“In the current conditions, with a paid truck and a driver with whom I drive in a team, can earn between $2,000 and $7,000 a week. If you drive independently according to all ELD regulations, the real salary for a truck owner is between 2 and 4 thousand dollars a week. The advantage of driving in a team is the flexibility of the log book, since the dispatcher has a larger selection of tours for you and of course you drive a lot more, but the earnings are also better. At the moment, the situation on the market is a bit better, there are tours, but the situation is still unstable so that earnings can go from one extreme to the other.” 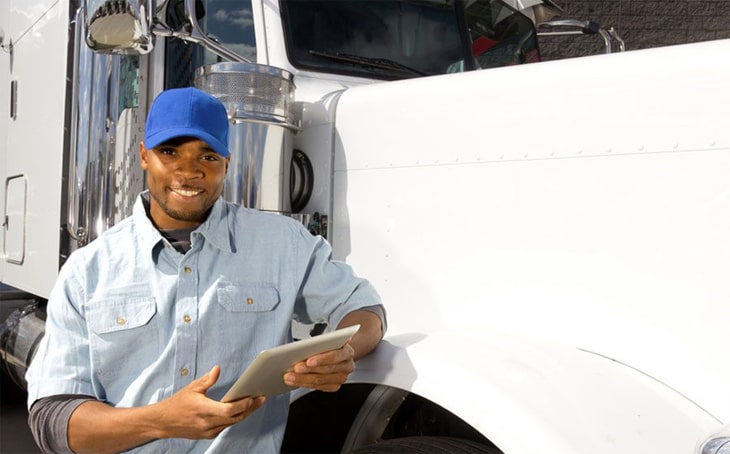 Alejandro has been cruising American roads for four years. As he says when he started, he had no previous experience in the trucking industry. After passing the driving test and a couple of weeks of training, he started driving independently. He is currently driving for a Chicago company under terms he agreed to before the coronavirus pandemic.

“For personal reasons, I was looking for a job where I could be in Chicago every weekend. The salary depends on the experience and time spent on the road, but also on the company you drive for. Coincidentally, I drive for one of the better companies in Chicago, so I have good conditions. The salary usually ranges from $1,400 to $1,800 a week. The good thing is that we don’t have to worry about the costs of the truck and how many miles we will drive, the only cost is food.” 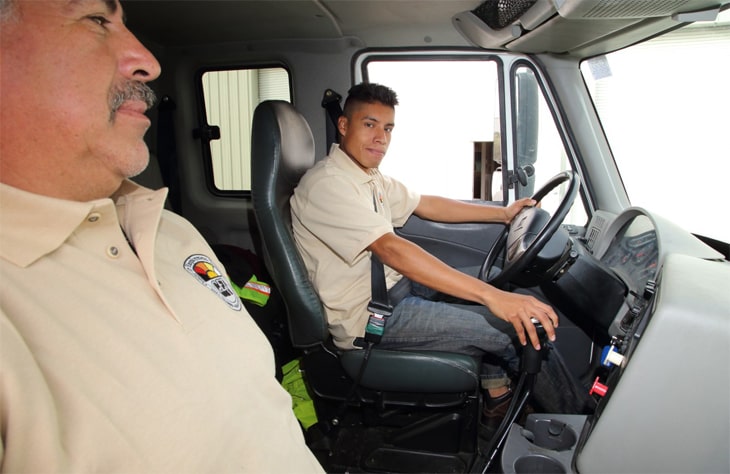 Jonathan got a permit two months ago and joined his friend to ride together in a team.

“I drive as a team driver, although I had no previous experience, I received an offer to drive for 60 cents per mile. I’ve only been driving for a couple of weeks, but I managed the situation quickly. Before the truck, I worked in a restaurant that didn’t open after this crisis, so I didn’t have much choice. There is a lot of driving, one week we covered 7,000 miles, the truck literally doesn’t turn off. For the last month, we may have spent 3 days without a tour, I don’t know about other companies, but since I got behind the wheel, there is really a lot of work.”

“As a team driver, I have no expenses other than food and rare breaks at truck stops, all expenses are paid by the truck owner. I have between $1,200 and $1,500 a week left, which is a good number. I am lucky to drive with another so that our time passes faster. I spend that little free time when I’m not driving on the computer or playing some games because we have a Play Station in the truck.”

Jonathan says that he does not see himself in the long run in this business, but he hopes that this will help him sort out some current costs and make the upcoming period easier.

To hear the other side of the story, we spoke with one of the owners of the company US Cargo Direct from Chicago, Alek Gjurcinov. In a few years, this company has taken an important role in the transport industry of the “windy city”.

“In any case, the truck as an asset requires the investment of certain funds. It all depends on how much the driver decides to drive and that is individual. Our drivers usually drive from 2,500 miles to 3,000 miles in a week, some people choose to drive in teams and they drive up to 5,500 miles a week. Driving a truck is hard, but earnings after all the costs are good, which is why many of our people decide to take that step.”

“It should not be overlooked that new trucks are under warranty, so maintenance costs are low for them, up to $8,000 a year, mostly tires and service. Maintenance of used trucks varies from $15,000 to $25,000 a year, depending on the age and condition of the equipment.”

Driving a truck is one of the hardest but also the highest paid jobs in America. In the current circumstances, when more than 40 million Americans are out of work, earning $1,500 a week to several thousand sounds really tempting. According to our interlocutors, despite the crisis and the pandemic, there is work to be done and most of them are satisfied with their earnings. If you drive a truck yourself, what are your experiences and impressions?

Write to us in the comments.

Best States in the US to Work as a Truck Driver

How to Become Truck Driver in the US?

10 Best OTR Trucking Companies in the US